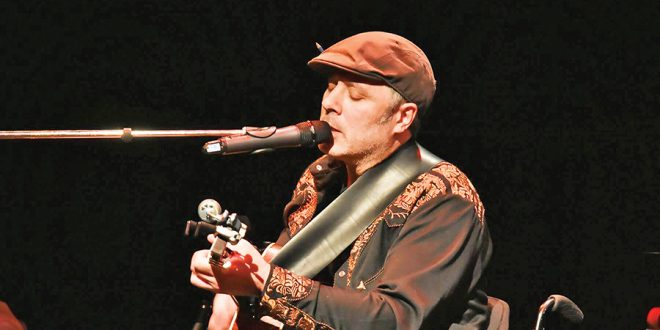 Simon Paradis, an all-star band and their new CD

Posted by: The Local Weekly September 18, 2019 in Arts & Entertainment Leave a comment 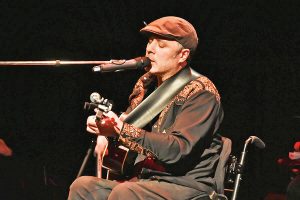 Coast singer-songwriter Simon Paradis will celebrate the release of his new CD of original songs, with the “Farm Team” band, Sept. 28 at the Roberts Creek Legion. Photo submitted

On Saturday Sept. 28, Simon Paradis and his band Farm Team will launch their new CD “Grooves and Ruts” at the Roberts Creek Legion. It should be a fantastic evening of music.

For me, this is personal. It started when a friend recommended Kara Stanley’s book, “Fallen: A Trauma, a Marriage, and the Transformative Power of Music”, which tells the moving story of her husband Simon’s catastrophic fall and his difficult return to life and to making music. When I saw an ad for a performance by Simon I thought I’d check it out and I’ve been a total fan ever since.

Simon has a BFA in music, a Professional Guitar Certificate from The Berklee School of Music in Boston, and has played in bands in Ontario, Montreal, and here on the Coast. He has a soulful baritone/tenor voice and you can hear every word, which is important because all but one of the songs on this CD are originals he has written or co-written with very good writers, his wife Kara Stanley and Vancouver poet Michael Barnholden. I’ve seen him play with many different musicians and he is generous and accomplished. In a Songwriters Circle at the Roberts Creek Legion, he added depth and soul with his guitar to songs he’d never heard before. I once heard Louisiana blues-style musician Gary Comeau say to him “You’re really good, man. Don’t let anyone tell you different.”  And I’ve watched him encourage other musicians, especially young ones. As I mentioned, I’m a fan.

I also saw Simon with his band Farm Team at the Vancouver launch of this CD in June and that’s why I say this Coast launch with the same band is going to be something extra special. The band is: Jay Johnson on drums, Boyd Norman on bass and vocals, Paul Rigby on pedal steel, guitars, and mandolin, and Walter Martella on keyboards, trumpet, and accordion.

Jay Johnson is a Vancouver drummer and producer with 39 years experience. Boyd Norman provides the steady bass line for a number of Sunshine Coast bands, notably Georgia Fats. Simon calls Paul Rigby “kind of a string genius.” He plays with a number of well-known musicians, including Neko Case. And Walter Martella is music director of the Powell River Academy of Music, artistic director of Kathaumixw Choral Festival, and head of a jazz trio. He’s released seven albums.

Together these experienced musicians make magic happen. At the CD launch in Vancouver they were really cooking and you could tell they were all loving it because of the smiles on their faces at the end of each song.

I asked Simon if he could pin a genre on the album. He couldn’t. Some of the things he said about songs on the CD were Neil Young punkish, alt-country, early 70’s rock and roll, jazz, blues, and country rock. In the end he said, “I have musical Tourette’s. This is my way of managing it.” I also asked him what he meant when he said that a song would be “greasy.” He talked for a bit and finally said it meant a song would be “very soulful and very good.” Also that if it was greasy, it would make you get up and dance. I predict that this particular CD launch will be greasy.