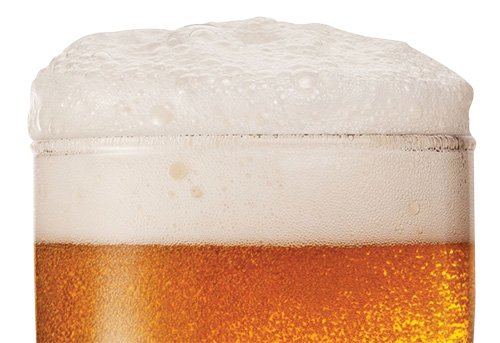 Persephone Brewing Company first opened its doors in Langdale in 2013. That was the same year provincial regulations governing tasting rooms began to loosen and the craft beer industry in BC took off. In 2012, there were approximately 50 breweries across BC. The BC Ale Trail website, a great resource when planning your next “beer-cation,” currently lists 146. The lower Sunshine Coast is home to three breweries, plus a distillery and a cidery. It’s not just beer anymore, but craft beverages.

Persephone, “the beer farm,” is located on 11 acres of Agricultural Land Reserve. Its unique business model has put it on the wrong side of a provincial policy intended to protect farmland from non-farm uses. Under these rules, Persephone would have to grow at least 50% of its fermentable grain on site, something that would require hundreds of acres of accomplish. With a new NDP government in Victoria, there is hope the policy will be changed, or Persephone granted an exemption, so it can continue operations. While Persephone waits, it’s business as usual.

Meanwhile, the Coast’s other craft beverage producers are doing a brisk business. Since opening its doors to the public on February 24, 2017, Gibsons Tapworks has brewed over 40,000 litres of beer. Partners Neil Bergman, Warren Gregory and Geoff Gornall couldn’t be happier with their decision to open a brewery in lower Gibsons. “We saw it as an opportunity we simply couldn’t miss,” says Gornall. “We all have connections to the Coast and it was the place we wanted to lay down roots.” The trio bought a building on Cruice Lane and did all their own renovations to suit their needs. “We started the business plan and it became a no brainer,” says Gornall, crediting changes in provincial liquor regulations with helping businesses like Tapworks succeed. “It’s easier to pay down the massive capital cost associated with starting a brewery when you’re able to serve more than one 12 ounce glass,” he notes. While Gornall worked on fundraising and the required mounds of regulatory and permitting paperwork, Bergman and Gregory worked with the brewmaster at Moody Ales learning the technical side of the business, like how to use commercial sized equipment. “A lot of the recipes, especially the ones we opened with, were done with glorified pots and pans in Warren’s kitchen and Neil’s kitchen long before we started,” recalls Gornall. It was two years from idea to opening. In the eight months since, Tapworks has brewed nine beers for their taps, bottles of their core beers are available for sale in-house, as well as in BC Liquor Store locations in Sechelt and Gibsons, and it employs four people in addition to the partners. The trio are continuing their “community hub” focus with trivia and “name that tune” nights, and their Brews and Bites long table events. This popular series has them working with local chefs to create menus of their quality beer paired with fine food. “It brings that communal vibe,” says Gornall of their events. “You see different groups of people coming in and getting to know each other. That’s where it gets at the heart.” In addition to their partnership with Nomadic Kitchen food truck, there are plans to expand their food offerings by partnering with local providers to source high quality, hot and cold food options.

Up the road from Tapworks sits The 101 Brewhouse and Distillery. Only open a couple of months, the response from the community has been overwhelmingly positive. “It’s been busy,” says Chris Greenfield. “People like the beer.” Greenfield manages the 101 with his wife Kelly. They come with plenty of food and beverage experience as they also operate the Troller Ale House in Horseshoe Bay. They were approached by David Longman who had acquired the 101 site when it was still Bob’s Automotive and he was developing the Blue Heron Village next door. The original plan was to open just a distillery. “But as we learned more about it, there were similarities in the equipment that you can do both,” says Greenfield. “When we met, the regulations changed for tasting rooms so it made sense to offer beer and spirits in your own lounge. And you’re now allowed to have a commercial kitchen and serve more than just one sample sized beer. That changed everything.” The 101 has four tanks dedicated to brewing beer under head brewer Matt Smith, formerly of Persephone. “We didn’t want to step on any toes or have any bad feelings because we have a relationship with them,” says Greenfield. “But they were totally supportive.”

The one tank dedicated to spirits produces gin and vodka under master distiller Shawn Milsted. “We heard about Shawn through a friend who is his neighbour in Roberts Creek,” says Greenfield. “His hobby is making gin and vodka and it’s amazing.” The 101 has three full time bartenders and Kelly has been experimenting with cocktails. “When you have a nice gin, you don’t want to hide it in a cocktail,” says Greenfield. “You want to feature it.” Their 101 G+T is made with Fever Tree tonic from England and proved a popular summer sipper. There are certain rules craft distilleries need to follow, like making your own base spirit from BC malt and being limited to producing 50,000 litres of finished product. But even with their “fancy” German commercial still that they hope to have up and running in the new year, Greenfield says they won’t come close to that limit. “We’d have to be running it around the clock to get there,” he says. But a larger still will allow them to start bottling their gin and vodka for people to take home.

The third component to the 101 is its full commercial kitchen under the experienced hand of Executive Chef Christine Deyoung. “I met her on the ferry commuting back and forth,” says Greenfield as Deyoung was working for Tacofino in Vancouver. Greenfield is proud of the fact that the 101’s personnel—including himself and his wife—are all local. “It’s important to grow the economy on the Coast with people who live here,” he says. In the short time they’ve been open for business they’ve put six beers on tap and hired 30 employees. Looking forward, they hope to start bottling their beer and spirits and hosting events such as beer and spirit tastings and food pairing dinners.

The Bricker Cider Company in West Sechelt is a family run business: father Chris Moore, brothers Russell and Bronson Moore, their sister Morgan Farrer and her husband Nick Farrer, the cider maker. Nick, originally from England, worked at Steamworks Brewing to learn about the processing and manufacturing of alcohol on a commercial scale. The cidery was founded in honour of the Moores’ grandmother, Ann Bricker. “She spent her last years on a property up the street which is where my dad now lives,” says Russell. “It’s a 10 acre piece of land with 85 heritage apple trees. She had English roots so she liked her cider and always talked about making it. When good dry ciders started popping up, we thought maybe grandma was onto something.” Bricker’s business plan called for 20,000 litres of cider to be produced in the first year, but response to their ciders has been so positive, the company is already over its target. Bricker’s cider can be found on tap in various pubs and restaurants on the Coast and bottles are for sale in the tasting room and The Lighthouse Liquor Store. With 700 apple trees (Oregon Spur, Gala, Golden Delicious and Crabapple) planted last spring and plans to plant 200 more (Kingston Black, Belle de Boskoop and Yarlington Mill) this fall, it’s only a matter of time before Bricker has to expand its operation beyond its two tanks. “The number one thing for us,” says Bronson. “We want to make sure we deliver a consistently good product at a competitive price.”

While the change in provincial regulations may have been kind to breweries, The Bricker Cider Company has not benefitted. “We fall in with the winery rules,” says Russell. “But we’re more like beer. Our ABV (alcohol by volume) percentage is five or six percent where wine is triple that.” While they are limited to serving five ounce glasses in their tasting room, customers can buy a growler or bottles and enjoy their beverage outside in the picnic area. “It’s a reflection of where the industry is at,” says Bronson. “I’m sure the rules will change as more cideries open.” Like Persephone, Bricker’s five acres is ALR land, but unlike the brewery, being lumped in with wineries means meeting the 50% rule is much easier for Bricker as their apples only need to come from either their orchard or any other orchard in BC. As they wait for their trees to establish their roots, Bricker is getting its apples from the heritage trees up the road and the Okanagan. One thing cider does have in common with wine is language: esters, tannins, acidity, colour, body, and mouthfeel. “It’s a lot more complex than a fizzy apple juice drink,” says Russell. “People need to drop their assumptions of what cider tastes like,” says Bronson. “And try some dry ciders like ours. They might be pleasantly surprised.”

Persephone, Tapworks, The 101, Bricker, and Townsite Brewing in Powell River, are in the process of forming the Sunshine Coast Craft Beverage Association. “We want to figure out as a group what we can do to improve tourism on the Coast,” says 101’s Greenfield. “Or figure out how to purchase bulk materials so we can get them to the Coast in a better way with better rates.” Their first meeting will be this October, so it’s early days yet, but these industry players recognize the importance of working together. “It is quite exciting,” says Greenfield. “People are creating community.” There’s never been a better time to sip the Sunshine Coast. – Anna Nobile

2017-11-08
The Local Weekly
Share !
Previous: Cider: a libation with a long history
Next: Jasper Marine – Excellence in alloy