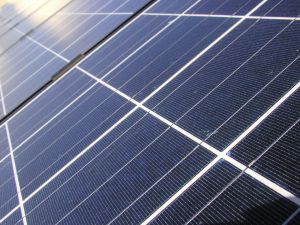 The District of Sechelt heard on August 13 that it should fork over another $100,000 on top of the 20 million it has already budgeted for the new sewage treatment plant at Surf Circle, in order to purchase alternative power kits.

The cost breakdown on the Order presented to the District’s Committee of the Whole, notes the $99,000 bill for solar panels includes the cost of, “supply and installation by solar contractor $75,000; Coordination by Maple Reinders $15,000; and Contingency 10 per cent $9,000.” Energy savings from the solar panels were cited to be $2,500 to $3,000 initially, but would rise with increasing hydro rates, Nash’s estimates stated.

Tagged with: District of Sechelt LEEDS