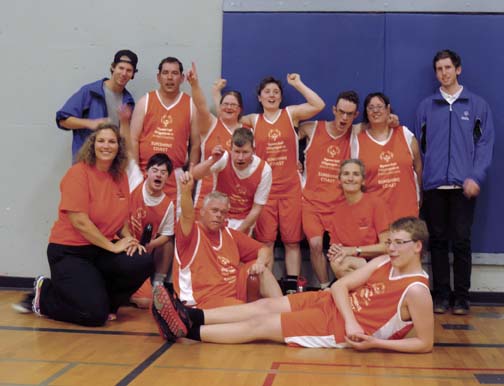 Posted by: The Local Weekly March 4, 2015 in Sports & Leisure Leave a comment

Last article I mentioned a basketball tournament in Coquitlam and a swim meet at UBC.

The team played 4 games as well as some players subbing for another team that was short 3 players.

In all four games, Gibsons came out the definitive champs, winning every game with strong dribbling, passing, shooting and amazing ball control.

On Sunday, February 22nd, the Sunshine Coast Dolphins, our local SOSC swim team travelled to UBC for a casual swim meet and competed against athletes from all across the Lower Mainland.

Genny Verge and Michael Beckman wowed spectators with their 25-metre butterfly. They are the only two members of the Dolphins who are trained for this difficult stroke. Kyra Gray Richmond, a new swimmer to the Dolphins placed first in 25-metre freestyle and backstroke. Our most improved swimmer was Stephen Malcom who knocked off almost 32 seconds off his entry times.

Everyone cheered for everyone else as they met or beat their entry times, and all around was an atmosphere of appreciation and friendliness. Despite the amount of waiting between races, any time the Dolphins are invited to a meet we rise to the occasion.