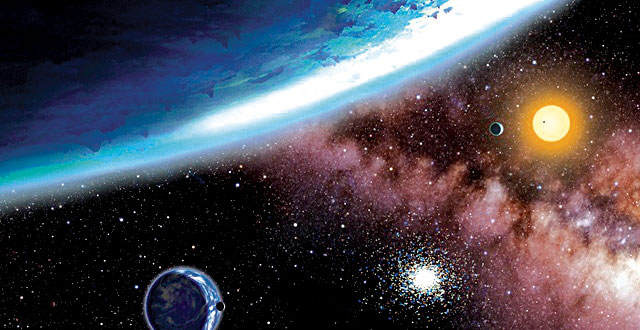 Posted by: Editor May 24, 2016 in Local Community, Stargazing Leave a comment

Mercury will be very low in the east north east in the morning twilight but will be lost after mid-month. Venus is not observable in June. Mars will be in the South after dark and sets in the west south west near 4am. Jupiter is in the west south west after dark and sets in the west near 2am. Saturn can be seen in the south south east at dusk and will be low in the south west near dawn.
On June 11 planet Jupiter will be visible in daylight 4 degrees to the right of the Moon. To view just before sunset will be a challenge. In the evening the Moon will be 5 degrees left of Jupiter. On June 18 the Moon will be 3 degrees  to the upper left of Saturn. On June 20 we will see the Strawberry Moon.  This Moon name is attributed to the Algonquin Tribes because of the short season to harvest the strawberry crop.
During the month of June we may see a strange phenomenon in the night sky known as the Noctilucent Clouds. The name comes from the latin ” night shining”. They can only be seen immediately after the sun goes down. NC Clouds are made up of chrystals of water ice and when viewed appear to glow in a darkening sky.
On Friday June 10, James Hesser will be the speaker at the Sunshine Coast Astronomy Club. Hesser has been a member of the RASC for over 30 years and was honorary President from 2008 until 2013. He is the Past President of both the Canadian Astronomy Society and the Astronomy Society of the Pacific. Hesser has been awarded the National Research Council WG Schneider medal for his pursuit of excellence in Canadian Government Astronomy.  Hesser will speak on Centenary-Eve Reflections on the Dominion Astrophysical Observatory role in the development of Canadian Astronomical Excellence.
On Friday June 17, the Astro-Cafe will be held on the sea wall at Davis Bay. The public is invited to join us and look at the night sky through the equipment we will set up.