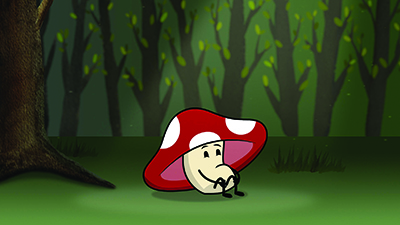 The Forest and the Trees

Gibsons’ animator Choom Lam is having her animated short film “The Forest and the Trees” debut at the 15th Annual Los Angeles International Children’s Film Festival this holiday season. The film presents the story of a determined mushroom conquering tumultuous emotions while on a challenging journey. Lam is an animator, illustrator and graphic designer whose animated films have been shown in festivals worldwide. She is Artistic Director of The Animation Playground (TAP), an independent animation studio based here in Gibsons. The online festival will be presenting more than 80 short films from across the world for toddlers through teens from Dec. 26 to Jan. 3. Admission is free. To reserve tickets, go to childrensfilmla.org. Photos Submitted