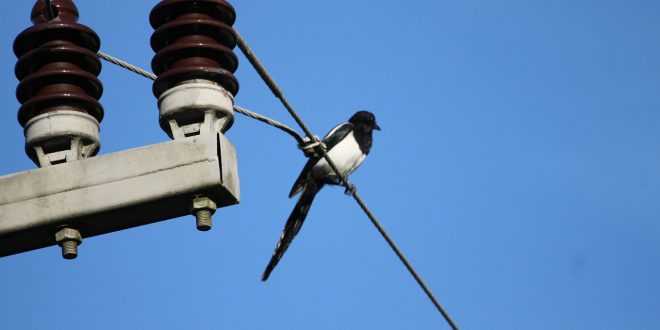 The wildlife of a Hydro lineman

Posted by: The Local Weekly December 23, 2019 in Breaking News, News Leave a comment

BC Hydro responded to around 50,000 trouble calls in the province this year. As the year draws to a close, it has compiled a list of the most memorable incidents in 2019.

• Itchy bear: 10 customers in Williams Lake were left without power after a bear used a pole as a scratching post. A similar incident occurred near Hope when an itchy bear rubbed against the side of a house and knocked the meter off the socket.

• That goose is cooked: A bald eagle caused an outage to customers in Clinton when the bird dropped its lunch – a Canada goose – directly on a power line.

• Busy beavers: Beavers harvesting timber for a dam were the culprits of outages in Dawson Creek and Hazelton after the trees collapsed on to power lines. Crews in Hixon were able to prevent a similar incident after removing a tree that beavers were attempting to fall.

• I spy: In an attempt to secretly record activities at a neighbouring property, a customer on Vancouver Island climbed a power pole to affix a security camera atop the structure. BC Hydro crews were alerted and the camera was safely removed.

• Drone groan: A customer in Surrey found out the hard way that flying a drone around power lines in a residential area was a bad idea after it contacted a line, resulting in an outage at their home.

• Wind woes: Over 20,000 customers in North Vancouver and West Vancouver lost power in the early morning hours of Nov. 27 after a unique combination of weather events, including a “bomb cyclone,” caused extensive damage to BC Hydro’s system.

• Sparks fly: A hot air balloon ride in Vernon was landing when the balloon contacted a power line during its descent. The fabric of the balloon tore free from the line and the balloon and its passengers landed safely.

• Party (ending) balloons: One of the 52 outages caused by balloons contacting BC Hydro’s equipment was an incident in Richmond on New Year’s Eve when a bundle of rogue balloons contacted a power line, resulting in an outage to 20 customers.

• Not-so-sharp shooter: This past summer, hunters near Stewart used BC Hydro transmission towers for target practice, resulting in an outage for 170 customers and over $60,000 in damages. Two similar incidents were also discovered on Vancouver Island – one near Coombs and another near Qualicum Beach.

BC Hydro reminds the public if they are working near power lines, to keep themselves and any tools at least three metres – about the length of a four-door car – away from the line. If a member of the public comes across a downed or damaged power line, stay back at least 10 metres – the length of a city bus – and report it to
9-1-1.  Submitted