Posted by: Admin December 16, 2020 in Horoscope Leave a comment 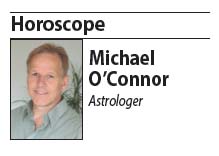 Tip of the Week:
This is not just a special week, it is historic. Saturn entered Aquarius on December 16 (12/16/2020 – 3/7/2023) and Jupiter will on the 19th (12/19/2020 – 12/29/2021) Then they will both form an exact and rare conjunction at 0 Aquarius on December 21st or Winter Solstice, which will reveal them so closely aligned that their respective light will merge to form an apparently very bright star. Some assert that it was what the Star of Bethlehem was and here it is again on the eve of Christmas.
Such a conjunction has not occurred for about 800 years! Yet, it is the combination of 0 degrees, Solstice and the super conjunction that is so striking. Moreover, it not only will have a powerful influence throughout 2021, it also marks a new 20-year cycle for Jupiter and Saturn, which is lined to major economic changes, by the way, and it marks the beginning of a 220-year era of Jupiter and Saturn forming conjunctions in Air Element Signs, the previous of which also began almost 800 years ago!
Aries (Mar. 21-Apr. 19)
The recent Solar Eclipse is bound to have stoked your fire. This is especially true with Jupiter and Saturn now in Aquarius. Altogether, these will activate a whole new adventure. It may take until the next New Moon in mid-January to really launch the destined events and changes into full force, yet already the impulse is there. Compare it to being at the airport and boarding before take-off.
Taurus (Apr. 20-May 20)
Big changes are rolling in for us all and these will prove extra noticeable for you. Your public and professional life is poised to undergo shifts that will manifest as themes of death and rebirth. Positively, this is what happens when you get promoted or retire or quit to start something new. You are now in the developments of a transition phase.
Gemini (May 21-June 21)
The destined changes now will activate new perspectives and philosophies altogether. Some of these may come in quickly and even catch you by surprise regarding how fast and significantly some of your interpretations have changed. In the bigger picture, it could amount to 2-3 months, but in retrospect, it will not seem like a long time. Some form of awakening is implied.
Cancer (June 22-July 22)
Returns from previous actions and investments will begin to roll-in this week. Some of the focus could include inventions and new methods and approaches. One way or another, these will lead to a cycle of significant change, a metamorphosis of sorts. These will very likely have a direct impact on your relationship life. In some respects, these will be regarded as quite radical.
Leo (July 23-Aug. 23)
A creative cycle continues. It does imply steady efforts on projects underway. With such an expansive cycle about to begin, getting these done could bring big returns. The shift will be very noticeable in your career and your social status in general will receive the boost. You will have to earn it all and every inch of the way. But it is time and there are good indications that you are ready.
Virgo (Aug. 24-Sept. 22)
Are you about ready to play a new game? Hopefully you are because a celestial invitation is on its way. In the immediate sense, this could amount to seasonal activities. Yet, in the wider angle it will amount to a more sober involvement which will require focus, study and training too. There are indications that you will do fine with the technical parts and the rest should prove even easier.
Libra (Sept. 23-Oct. 22)
Looking back, it has likely been tough these past few years in one way or another, perhaps a few. Well, now you are entering a new phase which will help you to feel more stable and confident again. This will not all happen overnight, of course. In fact, you will have to be extra patient in some respects. For now, learn all you can, regarding the facts and your best options.
Scorpio (Oct. 23-Nov. 21)
A steady process of examining all your options continues. At best, via a brainstorming process, on one hand, and gold old trial and error, on the other, you have been experiencing and experimenting with what will work best. Now a new cycle is poised to begin which will both increase your confidence levels and push you to focus more than you have for a long time.
Sagittarius (Nov. 22-Dec. 21)
Despite an overall effort to advance over the past weeks, you have been contending with delays, restrictions and perhaps some opposition. Now, these will shift you into a whole new cycle of increased awareness and realization. In effect, it will lead you to be more balanced in both your perspectives and approach. Who said you can lean to the extreme sometimes?
Capricorn (Dec. 22-Jan. 19)
A big shift is occurring for everyone. For you, it includes the impulse to advance. Doing so will likely require allies and capitol. This could send you off in search of who fills which shoes. In any case, your sights are set on the future and this will become increasingly clear over the coming weeks. Making key investments will play a leading role.
Aquarius (Jan. 20-Feb. 19)
Even though Jupiter and Saturn are now in your sign and about to form a conjunction, the bigger effects of it will take a while to build momentum. As it is, what really interests you is the social revolution underway. Making efforts to truly understand and see things as they are is featured. It is as though you have attended a great debate and now you feel moved to be heard.
Pisces (Feb. 20-Mar. 20)
The major shifts underway for us all have three distinct layers. The first is linked to your career and/or social status which have increased somehow over the past several weeks. The next level includes a shift to take strong leads and initiatives to translate your talents into returns. The third level indicates a busier time behind the scenes emphasizing creativity and invention.
michael@sunstarastrology.com