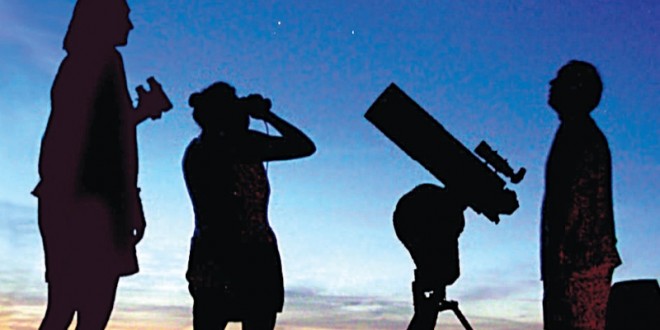 What’s in the sky

Posted by: The Local Weekly May 24, 2017 in Stargazing Leave a comment

Mercury is not observable this month. Venus can be seen very low in the E in the morning twilight. Mars will be very low in the W in the evening twilight, but will be lost after mid-month. Jupiter is in the SW after dark and sets in the W near 2am. Saturn rises in the ESE at dusk, transits in the S near 1am.

The Sunshine Coast Astronomy Club is delighted to welcome Julio Navarro to speak at the Sechelt Arts Centre on June 9 beginning at 8pm. Professor Navarro, who hails from the University of Victoria,  will speak on dark matter and dark energy, the puzzling forces that shape our universe. Prof. Navarro is the only Canadian member of the Virgo Consortium, an international team of astro-physicists who developed the largest computer simulation ever of the structure and evolution of the universe.

Space probe Juno has arrived at Jupiter after a trip of five years and 1.8 billion miles. Juno is the first spacecraft to venture so far from earth powered by the sun. A question often asked is how far away is the closest star. The closest star to the earth would be the sun at a distance of about 93 million miles (149 million kilometres). The closest star outside of our solar system would be Proxima Centauri. It is located about four light years from earth. That is over 23 trillion miles (38 trillion kilometres). The full moon on June 9 has different names depending on where you live. In Europe it is called the Rose Moon, to the Algonquian peoples in Eastern Canada it is the Strawberry Moon and in other parts of North America, the Fully Leaved Moon.

With spring nights fast approaching now might be a good time to plan that family visit to the Sunshine Coast Observatory and view the night sky through the big new computerized telescope. For the observatory family schedule go to coastastronomy.ca.

2017-05-24
The Local Weekly
Share !
Previous: Cadets go to Victoria
Next: Our student trustee: ‘I have had a wonderful time’