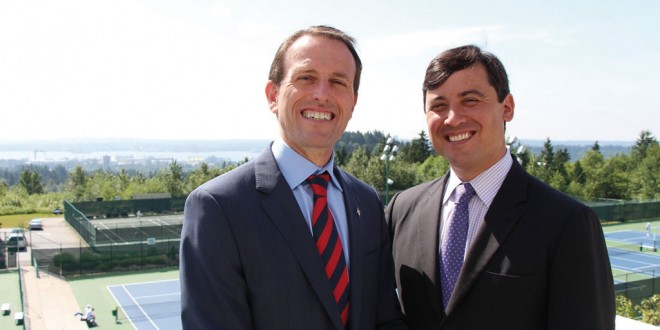 Working for Parliamentary reform, and the fittest nation on earth

On May 31, I had the pleasure of hosting Michael Chong, MP for a lively discussion on his Private Member’s Bill, The Reform Act, in our riding. MP Chong and I celebrate the ability of MPs to make a positive difference for our country and share the desire to improve MPs’ representation in Parliament. With a room full of engaged citizens, we had a good discussion on  these important matters.

On the same weekend, on the other side of the country, in Niagara Falls, Ontario, Senator Nancy Greene Raine and I joined the Federation of Canadian Municipalities (FCM) at its Annual General Meeting, where FCM members voted overwhelmingly to support National Health and Fitness Day (NHFD). With over 2,000 members, FCM’s support adds momentum; we expect quickly to build on the 131 cities which have already proclaimed NHFD.

I participated in the first ever Bike Day in Canada on May 26, that I organized in partnership with Canada Bikes, cycling leaders, organizations and Government representatives. It coincided with the launch of very popular Bike to Work Week on the Sunshine Coast. Bike Day in Canada is dedicated to highlighting the importance of what I call the ‘Six F’s’ – Free, Friendly, Fun, Fitness, Fuel economy, and For the Environment. The City of North Vancouver ride included 2010 Olympic Ski Cross Gold Medalist and National Health and Fitness Day Champion Ashleigh McIvor and North Vancouver City Mayor Darrell Mussatto.

The third annual National Health and Fitness Day is coming up on June 7.  It’s been exciting to watch the NHFD vision spread across the country. Communities from St. John’s, Newfoundland to Vancouver have declared the day.  Last month, BC became the first Province to do so. I’m grateful for the strong support of constituents on the Sunshine Coast. Together, we can make Canada the fittest nation on earth!

Please visit my website, www.johnweston.ca, to watch the CBC’s coverage of NHFD, and to learn how you can participate on June 7.

2014-06-04
Editor
Share !
Previous: Chat students shine at championships
Next: Dana Brynelsen named to Order of BC