Posted by: The Local Weekly August 16, 2017 in Arts & Entertainment Leave a comment

The Festival of the Written Arts opens its 35th anniversary year this weekend, running at the Rockwood Centre in Sechelt August 17-20. The ever popular festival has already sold out of passes and a few events, but there is still plenty on offer for those looking to discover new writing.

Halfmoon Bay’s Robert Moor will be at the Festival on Sunday. His book On Trails has been garnering good reviews since it came out last year. His book is part travelogue, as he shares his stories of having hiked various trails, and part meditation as he asks why trails exist, why they are located where they are and examines why they are so important to all creatures that walk the earth. Examining a journey of a different sort is journalist Sandra Martin whose latest book, A Good Death: Making the Most of Our Final Choices, won BC’s National Award for Canadian Non-Fiction. Martin’s timely book traces the history of the right to die movement globally, examining all the hard legal and ethical questions and responsibilities that come with assisted dying. As the title states, it’s not just about confronting death, but understanding what makes a good death, something defined differently by each of us. 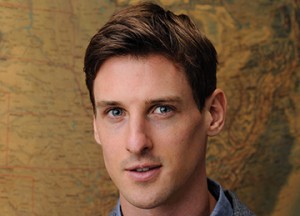 Halfmoon Bay writer Robert Moor will appear at the Festival of Written Arts to talk about his book “On Trails”. Photo submitted

Zoe Whittall’s latest novel, The Best Kind of People, deals with the fallout from a teacher’s arrest for sexual assault against several of his female high school students. The allegations tear apart the small town and his family. Called “tender and tough” in a review by the National Post, Whittall’s novel was a 2016 Giller Prize Finalist. Gurjinder Basran’s debut novel, Everything Was Goodbye, won the Ethel Wilson Fiction Prize for her story about Meena, a young Indo-Canadian woman trying to juggle her family’s cultural expectations while navigating her way in Canadian society. Multiple prize winning novelist Anosh Irani, author of such best sellers as The Song of Kahunsha, Dahanu Road and The Parcel, takes to the stage on Saturday. 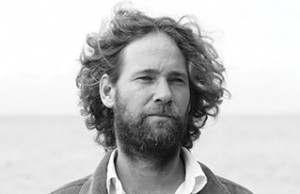 The Festival wraps up Sunday with a performance from folk favourite Shari Ulrich in concert with her multi-instrumentalist daughter, Julia Graff, and virtuoso guitar player, Kirby Barber. The Festival takes place at the Rockwood Pavilion in Sechelt, August 17-20. Tickets for the Festival are available by calling 604-885-9631 or online at share-there.com/writersfestival.